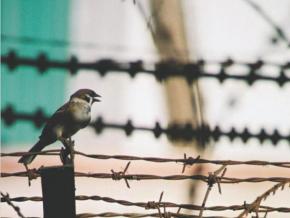 In the wake of the events of September 11th, the task of reconciling issues of security with a respect for fundamental human rights has emerged as one of the key challenges facing governments throughout the world. Although the issues raised by the rise of security have been the subject of considerable academic interest, to date much of the debate surrounding the impact of security on human rights has taken place within particular disciplinary confines. In contrast, this collection of essays from leading academics and practitioners in the fields of criminal justice, public law, international law, international relations, and legal philosophy offers a genuinely multidisciplinary perspective on the relationship between security and human rights. In addition to exploring how the demands of security might be reconciled with the desire to protect established rights, Security and Human Rights offers a fresh perspective on the broader legal and political challenges that lie ahead as states attempt to control crime, prevent terrorism, and protect their citizens. Benjamin J Goold is a Lecturer in Law and Fellow of Somerville College, University of Oxford.

Liora Lazarus is a Lecturer in Human Rights Law, a Fellow of St Anne’s College and Associate, Centre for Criminological Research, University of Oxford, and founding associated member of the ICI.
2007 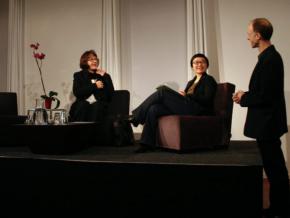 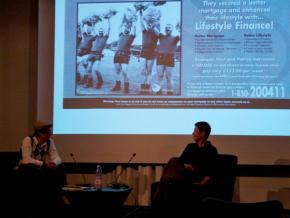 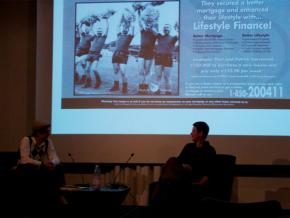 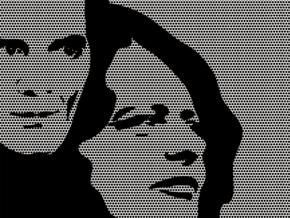 Aracoeli (1982) was the last novel written by Elsa Morante (1912-85), one of the most significant Italian writers of the twentieth century. The journey, both geographical and memorial, of a homosexual son in search of his dead mother is a first-person narrative that has puzzled many critics for its darkness and despair. By combining scholars from different disciplines and cultural traditions, “The Power of Disturbance: Elsa Morante’s Aracoeli”, co-edited by Manuele Gragnolati and Sara Fortuna, re-evaluates the esthetical and theoretical complexity of Morante’s novel and argues that it engages with crucial philosophical and epistemological questions in an original and profound way. Contributors explore the manifold tensions staged by the novel in connection with contemporary philosophical discourse (from feminist/queer to political theory to psycho-analysis) and authors (such as Emilio Gadda, Pier Paolo Pasolini and Pedro Almodovar).
“The Power of Disturbance”, which emerged from an ICI-Symposium, shows that by creating a ‘hallucinatory’ representation of the relationship between mother and child, Aracoeli questions the classical distinction between subject and object, and proposes an altogether new and subversive kind of writing. 201p (Legenda 2009) 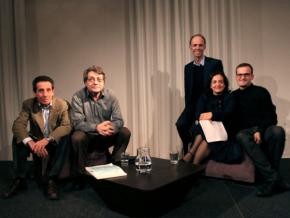 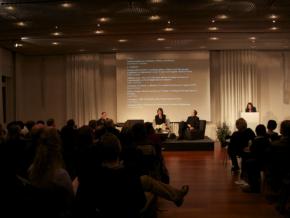 Tension/ SpannungEvent
Tension/ Spannung: Launch of the series ‘Cultural Inquiry’
Tension appears in many contexts and carries diverse meanings. It tends to be viewed as something to be avoided and reduced in politics; to be explained, worked through, and resolved in therapy or science; to be endured and sustained in modern art; or to be sought after and enjoyed in popular culture. This volume brings together contributions from several academic and artistic fields in order to question the self-evidence of the deceptively simple term ‘tension’ and explore the possibility of productive transfers among different forms und understandings of tension. Refusing the temptation of a stabilizing synthesis, it establishes a dense web of approaches, providing a new critical paradigm for further inquiry.

Please join us for the launch of the series ‘Cultural Inquiry’ with Turia + Kant and the celebration of the first volume edited by Christoph F. E. Holzhey, containing contributions of ICI Fellows participating in the inaugural core project during 2008/09.

Christoph Holzhey is the founding director of the ICI Berlin, which he has directed since 2006. He received his first Ph.D. in Theoretical Physics from Princeton University. At Columbia University, he studied German Literature and wrote his second dissertation on paradoxical pleasures in aesthetics. Returning to Germany, he was a postdoctoral research fellow at the Max Planck Institute for the History of Science in Berlin and in the project ‘Mystik und Moderne’ at the Universität Siegen.

Astrid Deuber-Mankowsky is professor for media studies at Ruhr-Universität Bochum and Associate Member of the ICI Berlin. She studied philosophy and literature in Zurich and Berlin, and has published extensively in the fields of religion and modernity, philosophy and feminist theory, gender and media studies.

Sara Fortuna teaches philosophy of language at the Università Guglielmo Marconi and is associate member at the ICI Berlin. She works on theories of physiognomics, perception and origin of language as well as on aesthetics, feminist theories, and film.

Manuele Gragnolati teaches Medieval Studies and Italian Literature at Oxford University, where he is Fellow at Somerville College. He has investigated the relationship between identity and corporeality in Dante and medieval eschatology, the intersections between language, textuality, and subjectivity in medieval and modern authors from Guido Cavalcanti to Elsa Morante and Giorgio Pressburger, as well as the metamorphoses undergone by Dante’s oeuvre in the twentieth- and twenty-first centuries. He serves as Associate Director at the ICI Berlin. 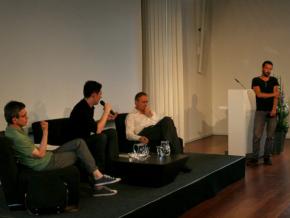 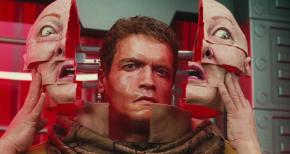 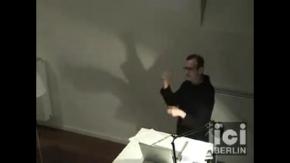 The Scandal of Self-contradiction, pt. 2 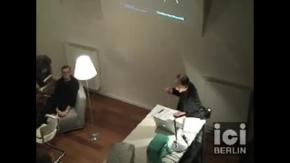 The Scandal of Self-Contradiction, pt. 1 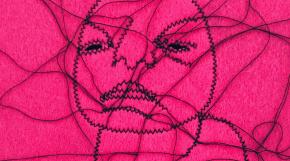 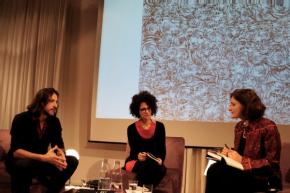 The Parachute ParadoxEvent
The Parachute Paradox
For Steve Sabella, the occupation attaches each Palestinian to an Israeli, as if in a tandem jump. The Israeli is always in control, placing the Palestinian under threat in a never-ending hostage situation. The latter has two options: either surrender or unbuckle the harness. Sabella’s new book, The Parachute Paradox, is an imaginative memoir telling the life story of the artist born in Jerusalem’s Old City and raised under Israeli occupation. After living through both intifadas, being kidnapped in Gaza, and learning to navigate Palestinian and Israeli culture, he feels in exile at home. Blurring fact and fiction, love and loss, the memoir traces one man’s arduous search for liberation from within, through a confrontation with his colonized imagination.

The artist talk marks the recent publication of Steve Sabella’s latest book, The Parachute Paradox. A screening of Nadia J. Kabalan’s short documentary In the Darkroom with Steve Sabella will shed light on Sabella’s perception of image  and imagination. He will read excerpts from his new book and discuss the meaning of exile and migration for his work with Alya Sebti and Almút Sh. Bruckstein.
2016 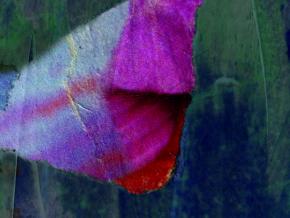 The seminar Lirica&Teoria brings together a group of scholars based in different countries to discuss questions of lyric theory as well as new approaches to the lyric, with a particular focus on the Italian poetic tradition. On the occasion of the 700th anniversary of Dante’s death, the seminar will also host events open to the public and related to Dante’s lyric poetry. 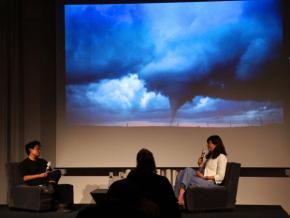 WeatheringEvent
Weathering : Ecologies of Exposure
Weathering is atmospheric, geological, temporal, transformative. It implies exposure to the elements and processes of wearing down, disintegration, or accrued patina. Weathering can also denote the ways in which subjects and objects resist and pass through storms and adversity. This volume contemplates weathering across many fields and disciplines; its contributions examine various surfaces, environments, scales, temporalities, and vulnerabilities. What does it mean to weather or withstand? Who or what is able to pass through safely? What is lost or gained in the process?
2020