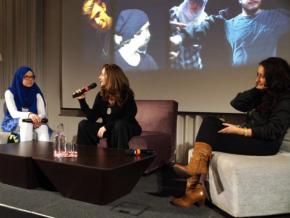 Konzept und Regie: Agnese Grieco, Lucia Chiarla
Kamera:  Steve Scholl
Ton: Rico Prauss
Editing: Meys Al-Jezairi/ Nicola Undritz
Musik: Matteo Pennese
Technische Unterstützung: Team des Theater XICI Berlin
The event, like all events at the ICI Berlin, is open to the public, free of charge. The audience is presumed to consent to a possible recording on the part of the ICI Berlin. If you would like to attend the event yet might require assistance, please contact Event Management.Behind every name stands a human being. Having arrived in a foreign land, what does one want to communicate to others? How can one and what does one want to tell about oneself?

Over the course of six months, the directors Agnese Grieco and Lucia Chiarla used a studio stage to talk to a group of ‘unaccompanied’ minors, refugees, about the topic of identity and to develop improvisations with them. War, religion, loss, violence, capitalism, money, sexuality, future, and hope were keywords informing this work.

The results are a documentation and a series of video portraits, snap shots from a new life, captured by the camera. Details from the everyday lives of adolescent refugees that have arrived in Berlin and are now part of our city and society.

An ICI Event, with the generous support of the Berliner Projektfonds Kulturelle BildungThe event, like all events at the ICI Berlin, is open to the public, free of charge. The audience is presumed to consent to a possible recording on the part of the ICI Berlin. If you would like to attend the event yet might require assistance, please contact Event Management. 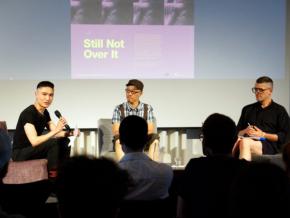 Still Not Over It
Still Not Over It is an extensive programme of 12 queer Canadian documentary, experimental, performance, and fiction short films spanning 55 years of moving image art. Variously addressing memory, social history, and future potentialities, these shorts employ strategies of anachronism, queered retellings, hope, reminiscence, and ressentiment to elicit questions on queer temporality: what is our past with/out our overcomings? Who were we and how have our desires changed, and not changed, over time? Culled from the online catalogue MEDIAQUEER.CA – a research tool for LGBT moving image art in Canada and Québec – this selection shows us bygone eras and timeless aspirations from rural midcentury desire to 70s experimentalism, 80s essays, 90s elegies, and millennial flux.

The screening will be followed by a Q&A moderated by Bobby Benedicto (McGill University) with artist Wayne Yung and co-curator Jordan Arseneault.Screening schedule: 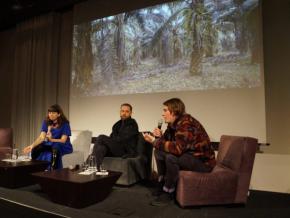 Without Winter: Curating Environmental Imaginaries
After the 1815 eruption of Mount Tambora on the Indonesian island of Sumbawa, the northern hemisphere was plunged into cold and darkness under a cloud of ash, creating what came to be known as ‘the year without a summer.’ It was this phenomenon that was famously recreated in Mary Shelley’s Frankenstein, Or: The Modern Prometheus, published two hundred years ago during a period of general global climate cooling. Responding to the present, different climate disaster, philosopher Delia Hannah has edited a collection of stories, essays, and artworks dealing with environmental crisis under the title A Year Without a Winter, (Columbia University Press, 2018). Nadim Samman met Hannah under conditions reminiscent of the opening scenes of Shelley’s novel, at the Antarctic Bienniale he co-curated in 2017. After their meeting, Hannah and the artist Julian Charrière returned to Indonesia to climb the volcano that set this story into motion and encountered landscapes of oil palm cultivation that feature in Charrière’s film An Invitation to Disappear (2018).

The event at the ICI Berlin continues these encounters. Hannah, Samman, and Charrière will be joined by literary scholar Alison Sperling to question the cultural registers of ongoing planetary climate change, and the artistic and literary engagements with destabilizing natural patterns summoning new planetary imaginaries. What does it mean to anticipate, imagine, or prepare for ‘a year without a winter?’

The event will include screenings of An Invitation to Disappear (2018) by Julian Charrière and Loveland (2011) by Charles StankievechJulian Charrière is a French-Swiss artist based in Berlin whose work bridges the realms of environmental science and cultural history. Marshalling performance, sculpture, and photography, his projects often stem from fieldwork in remote locations with acute geophysical identities — such as volcanoes, ice-fields, and radioactive sites. To date, his works has explored post-romantic constructions of ‘nature’, and staged tensions between deep or geological timescales and those relating to mankind. Charrière’s approach further reflects upon the myth of the quest and its objects in a globalized age.

Dehlia Hannah is a philosopher and curator based in Copenhagen. She holds a PhD in philosophy from Columbia University and is currently Mads Øvlisen Postdoctoral Fellow in Art and Natural Sciences at the Department of Chemistry and Biosciences at Aalborg University in Copenhagen, affiliated with the Laboratory for Past Disaster Science at Aarhus University and the School of Earth and Space Exploration at Arizona State University.  A Year Without a Winter was initiated at Arizona State University during her visiting assistant professorship with the School for the Future of Innovation in Society and the School of Art, Media, and Engineering. Her work examines ideas of climate change, nature, and environment through aesthetics and philosophy of science.

Nadim Samman is a curator and art historian based in Berlin. He read Philosophy at University College London before receiving his PhD from the Courtauld Institute of Art. He co-founded the 1st Antarctic Biennale (2017) and the Antarctic Pavilion (Venice, 2015-). In 2016 he curated the 5th Moscow International Biennale for Young Art and in 2012 the 4th Marrakech Biennale (with Carson Chan). Other major projects include Treasure of Lima: A Buried Exhibition (a unique site-specific exhibition on the remote Pacific island of Isla del Coco) and Rare Earth (at Thyssen-Bornemisza Art Contemporary, Vienna). In 2014 Foreign Policy Magazine named him among the ‘100 Leading Global Thinkers’.

Alison Sperling is a postdoctoral fellow at the ICI Berlin. She received her PhD from the University of Wisconsin-Milwaukee in literature and cultural theory and is preparing her manuscript  ‘Weird Modernisms’ for publication. Her current research interests include 20th and 21st century American fiction, science fiction, and the weird, as well as queer and feminist science studies, new(-ish) materialisms, and the Anthropocene. 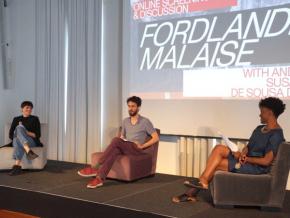 The LATEX symposium itself will now take place on 27-28 September 2021. It was moved from its originally intended date of March 2020 due to the ongoing global health pandemic

Fordlandia Malaise by Susana de Sousa Dias (40′, 2019), is a film about the memory and the present of Fordlandia, the company town founded by Henry Ford in the Amazon rain forest in 1928. Ford’s aim was to break the British rubber monopoly and produce this material in Brazil for his car production in the United States. The remains of the construction site testify to the scale of the failure of this neocolonialist endeavor that lasted less than a decade.

Nowadays, Fordlandia is a space suspended between times, between the twentieth and twenty-first centuries, between utopia and dystopia, between visibility and invisibility: architectural buildings of steel, glass, and masonry still remain in use while traces of indigenous life left no marks on the ground.

Although Fordlandia is well known due to the brief Fordian period, one must not forget the history either before or after. Giving voice to the inhabitants who claim the right to write their own story and reject the ghost town label, Fordlandia Malaise blends together archival imagery, drone footage, tales and narratives, myths and songs. 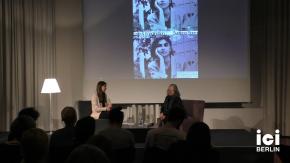 Wechsler, Judith Svetlana Boym : Exile and Imagination
This one-hour documentary released in 2017 engages with the life and work of Svetlana Boym (1959-2015), literary and cultural critic, media artist, novelist, playwright, and 2003 fellow at the American Academy in Berlin.

In 1980, at age 21, Svetlana left the USSR for the US, being barred from studying at Leningrad University because of anti-Jewish quotas. After her graduate studies at Boston and Harvard Universities, she became the Carl Hugo Reisinger Professor of Slavic and Comparative Literature at Harvard. A brilliant writer of ambitious scope and great imagination, combining personal memoir with philosophical essay and historical analysis, she explored motifs of exile, nostalgia, the diasporic imagination, and different forms of freedom in works by Pushkin, Dostoevsky, Nabokov, Mandelstam, Akhmatova, Brodsky, and many others, in altogether six books, with two more to appear. Through videos of her lectures and interviews, together with photographs taken since her childhood, as well as her own photographs and photomontages, this film conveys Svetlana Boym’s remarkable person and her scholarly, critical, and artistic contributions. Interviews with family, teachers, colleagues, students, and friends—including writer Masha Gessen and artist Vitaly Komar—provide a variety of different perspectives. The text of the film is, for the most part, drawn from Boym’s writings.

Judith Wechsler is an art historian and filmmaker who has written and directed 29 films, predominantly on art. Within the past decade, she has made five films on Jewish European historians of ideas, most of them working in exile. Nahum Glatzer and the German-Jewish Tradition (2011) was researched in part during her time as fellow at the American Academy in Berlin in 2010, and was followed by The Passages of Walter Benjamin (2014) and Aby Warburg, Metamorphosis and Memory (2016). Her most recent film explores the life of the Russian-born British historian of ideas, Sir Isaiah Berlin (2018).

Wechsler is the current Marcus Bierich Distinguished Visitor at the American Academy in Berlin, was the National Endowment for the Humanities Professor in art history at Tufts University, taught for many years at MIT, and was a visiting professor at Harvard, Ecole Normale Supèrieure, and The Hebrew University. Her books include The Interpretation of Cézanne (1981); A Human Comedy: Physiognomy and Caricature in 19th-Century Paris (1982); Cabinet des dessins, Honoré Daumier (1999), and she is the editor of On Aesthetics in Science, among other volumes. She is a recipient of six grants from the National Endowment for the Humanities and two from the National Endowment for the Arts and was decorated with the Chevalier de l’ordre des arts et des lettres from the French government in 2007.