Digital media are generally thought to have facilitated the access to and manipulation of the image. Yet how might the digital image’s heretical potential be mobilized in order to disrupt inherited archives and re-assemble them otherwise? In her video, Philosophy in the Kitchen, Domietta Torlasco picks up Cesare Casarino’s thesis in Images for Housework to produce an archive of cinematic representations of domestic labour. By retelling the history of European modern cinema through women’s housework, the archive she constructs demonstrates that postwar cinematic time – distended, emptied, hollowed out – was born in the kitchen of the 1940s. The endurance, alienation, and boredom of the cinema of duration – still being praised today for past forms (modern cinema) and present instances (slow cinema) – can thus be traced back to the temporalities of domestic labour.

Far from being a ‘passing affliction of slowed time endured by the wealthy’ (O’Neill 2016), boredom belongs just as much to the disenfranchised and vulnerable. The sense of impasse, of being stuck in time, experienced by those who sleep rough, who are crushed by debt or chronically unemployed is very different from the ennui of the leisure-class. In Domietta Torlasco’s Sunken Gardens, these two realities are housed in the same structure: an old roadside motel, once the promise of leisure, now a makeshift halfway house.

The event further pursues questions first raised by the conference ‘In Front of the Factory’, held at the ICI Berlin in May 2016.

Domietta Torlasco is a critical theorist, filmmaker, and associate professor of Italian and comparative literature at Northwestern University. She is the author of two books: The Time of the Crime: Phenomenology, Psychoanalysis, Italian Film (2008) and The Heretical Archive: Digital Memory at the End of Film (2013). Her video essays have screened at national and international venues, including the Galerie Campagne Première in Berlin. 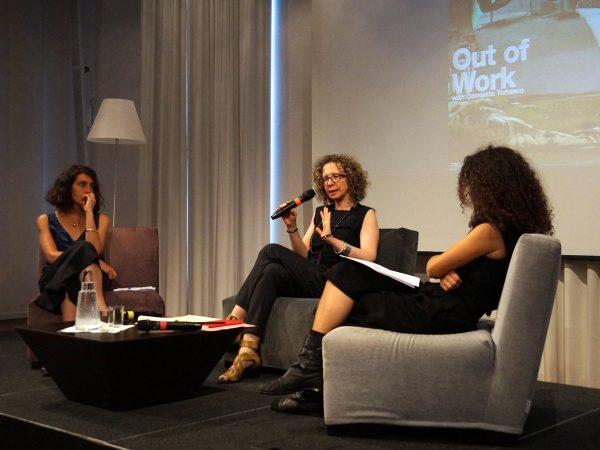