The surrogacy industry is worth over 1 billion dollars a year, and many of its surrogates work in terrible conditions, while many gestate babies for no pay at all. Should it be illegal to pay someone to gestate a baby for you?

Full Surrogacy Now by Sophie Lewis brings a fresh perspective to debates around assisted reproduction. Rather than making surrogacy illegal or allowing it to continue as is, Lewis argues we should be looking to radically transform it. Surrogates should be put front and centre, and their rights towards the babies they gestate should be expanded to acknowledge that surrogates are more than mere vessels. In doing so, we break down our assumptions that children necessarily belong to those whose genetics they share. Arguing for solidarity between paid and unpaid gestators, Lewis suggests that the struggles of workers in the surrogacy industry may help illuminate the path towards alternative family arrangements – taking collective responsibility for children would radically transform notions of kinship. This expanded concept of surrogacy helps us see that it always, as the saying goes, takes a village to raise a child.

Sophie Lewis is a water based entity in Philadelphia. In addition to Full Surrogacy Now, Lewis has translated works including Communism for Kids by Bini Adamczak (MIT, 2016), Unterscheiden und Herrschen by Sabine Hark and Paula-Irene Villa (Verso, 2020), and A Brief History of Feminism by Antje Schrupp (MIT, 2017). She is a member of the Out of the Woods collective, whose first book is to be published by Common Notions in 2019, an editor at Blind Field: A Journal of Cultural Inquiry, and a queer feminist geographer committed to cyborg ecology and anti-fascism. Further writings, on subjects ranging from Donna Haraway to dating, have been published in The New York Times, Boston Review, Viewpoint Magazine, Signs, Dialogues in Human Geography, Antipode, Feminism & Psychology, Science as Culture, Frontiers, The New Inquiry, Jacobin, Mute and Salvage Quarterly.

Join Sophie Lewis for a discussion of her new book Full Surrogacy Now: Feminism Against Family, which was released by Verso this May. Donna Haraway has labelled it ‘the seriously radical cry for full gestational justice that I long for’, whilst McKenzie Wark says that it ‘brings us a vision of another life’.Programme 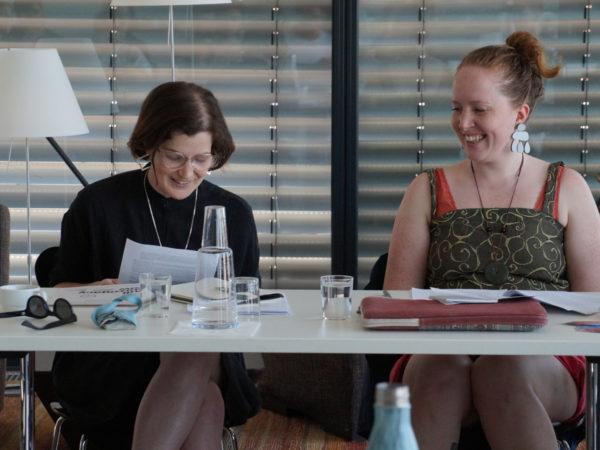